In 2008, Fred Hafer Jr. wanted to buy a football throwing machine for his son. After months of searching online and in sporting goods stores, he concluded that what he wanted didn’t exist. Eight years later, with the help of ProtoCAM’s additive manufacturing for plastic parts, Ball Cannon is ready for its full market release. Get ready to see this robotic quarterback throwing perfect spirals in backyards across the country.

A Question Leads to a Prototype

Everyone’s familiar with batting cages and tennis hitting machines—so Fred couldn’t understand why there wasn’t a football throwing machine available. All he could find in 2008 were professional machines, the kind used by NFL and college teams. Those machines cost over $2,000 and had high-speed moving parts—not exactly the safe, backyard, recreational product Fred wanted for his 6-year-old son, Peter.

So Fred, the owner of a robotics company, decided to invent a football launcher of his own. His first design used wheels mounted to power drills from Home Depot. The concept worked, so from there he and a team of engineers designed a launching machine from scratch.

“It started as a little project to get my son playing football, but it took on a life of its own,” Fred says. “I ended up spending every free moment trying to develop it.” 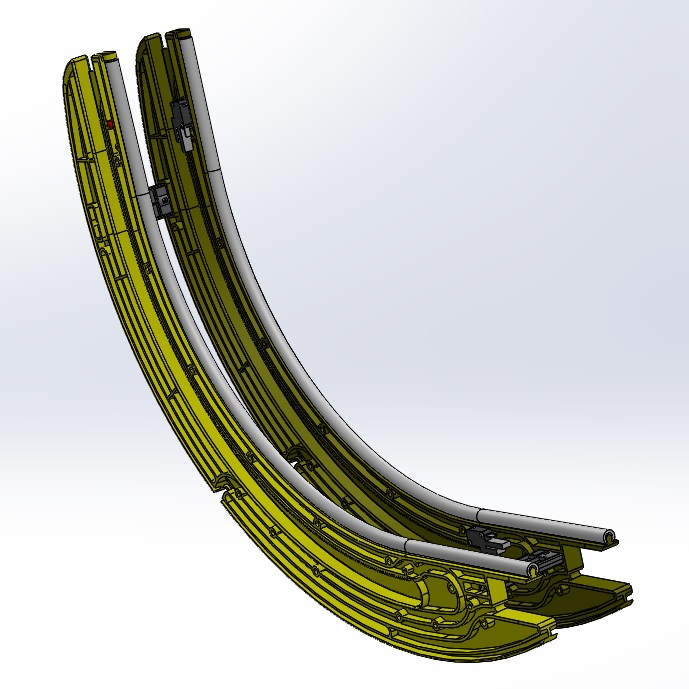 Fred partnered with ProtoCAM to prototype the Ball Cannon’s plastic parts. For example, ProtoCAM’s parts help support the Ball Cannon’s patented curved rail system. The rails are the football’s launch track, and they allow the user to launch footballs at a range of speeds and distances. 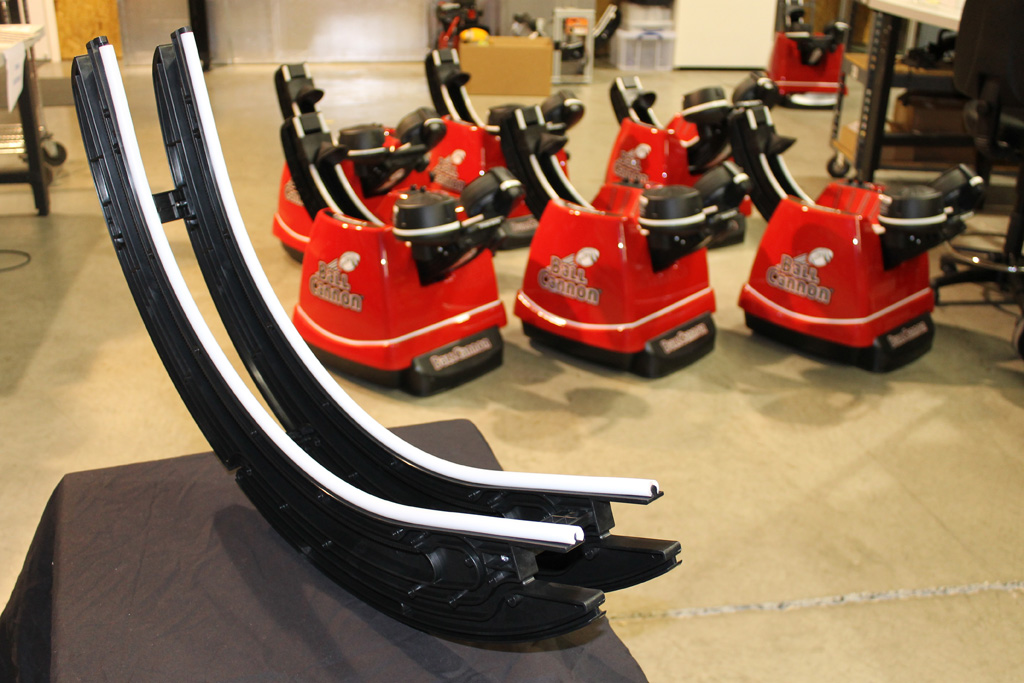 The ProtoCAM team went through many rounds of prototyping, creating gears, rails, and enclosure, base and over a dozen other custom plastic parts unique to Ball Cannon. Once Fred finalized his design, he created several full-functional units for field testing made entirely out of ProtoCAM’s prototypes parts.

The Ball Cannon Launches Into Production

Riding on a wave of publicity, the Ball Cannon closed a successful Kickstarter campaign on January 1st, 2016, raising over $20,000 for the first production run.

The team is busy right now building inventory for the full market release in the spring of 2016. At Ball Cannon’s facility in Reading, Pennsylvania, they’re wiring launch motors, assembling the motorized carriages, and carefully testing and packing each unit. Thanks to a partnership with Nerf™, each Ball Cannon will come with two NERF footballs and include Hasbro’s NERF trademark.

Let’s talk about this quarterback’s arm. The Ball Cannon can launch footballs up to 100 feet, on angles between 30 and 60 degrees. It can launch on a delay of up to 20 seconds, which lets you run a route from the line of scrimmage and catch a pass. Ball Cannon is great with two people, too—the traditional game of catch is upgraded to one on one.

Ball Cannon is designed for Nerf Pro Grip footballs. It’s always ready to pass—no need to inflate a football before you get started. The Nerf footballs make Ball Cannon perfect for tight lawns, parking lots, younger players, and gyms. And the Pro Grip lives up to its name—the dimpled surface gives a fingertip feel that’s just like catching an official ball.

Ball Cannon’s plastic parts make it lightweight and easy to transport. It weighs only 28 pounds (without battery) and fits into the backseat of most cars. And with a battery that lasts two hours, it’ll soon be a common sight at cookouts and tailgate parties.

In addition to being a great recreational sporting good, Ball Cannon is a game-changing training device for young football players. Top receivers need to train year round, but barely anybody has workout partner to throw hours of perfect passes in the yard, day after day. Private coaches and trainers are expensive, and only premier programs have professional-grade throwing machines. Ball Cannon may soon be the secret weapon of offenses at all levels of football.

A Success Story of Collaborative Manufacturing

Fred and his team were able to prototype and test their initial designs using plastic parts that were nearly identical to the final production parts at a fraction of the cost and time that would have been required had they used injection molded parts. It also allowed them to quickly modify and test their designs as they identified critical improvements. According to Fred, “the Ball Cannon project would still be several years away from its product launch had it not been for the company’s collaboration with ProtoCAM”.

What Do You Want to Make?

If you have a project in mind, contact us here to explore how additive manufacturing can help.