From SLA to MJF: 3D Printing Through the Years

Ross McLennan, an engineer in design and product development with Streamlight, has been a ProtoCAM customer since the very beginning, and he continues to utilize ProtoCAM to develop prototypes using the latest materials and print styles available.

Though his career has allowed him to work for several different companies and also independently, ProtoCAM has been a constant for McLennan since its opening in 1994. “I was with Victaulic at the time…by the early 1990’s we were getting into 3D Modeling and I started looking at rapid prototyping for models for development and for use in meetings,” McLennan says. It was during this period of time that McLennan initially became aware of ProtoCAM. As 3D printing was gaining popularity as a method of additive manufacturing, McLennan and Victaulic sought to take advantage of this new technology.

McLennan evaluated the various technologies available, and found that the best surface definition and accuracy he could find was with 3D Systems parts. ProtoCAM had recently acquired a 3D Systems machine, and, taking advantage of the close proximity of their locations, McLennan placed his first order from ProtoCAM. “Since Ray [Biery] and Ron [Belknap] had previously worked at Ingersoll Rand, a company in the same industry as Victaulic, they had a very good understanding of what we needed for our parts. I also liked their hands-on approach. Their models were very well received by the other engineers and management, and we began to use them regularly,” McLennan recalls.

Casting was also a central part of McLennan’s work with Victaulic, and as a seeker of new and innovative technologies, he turned to ProtoCAM for investment castings, both with Quickcast and wax patterns of silicone tools.

McLennan’s career later led him to work for several years as an independent product development consultant, at which point he still was turning to ProtoCAM to produce high-quality prototypes. “I was doing primarily new products; the usual was a “napkin sketch” to functional prototype, and in some cases, right up to production. I collaborated with ProtoCAM on many projects,” McLennan says. 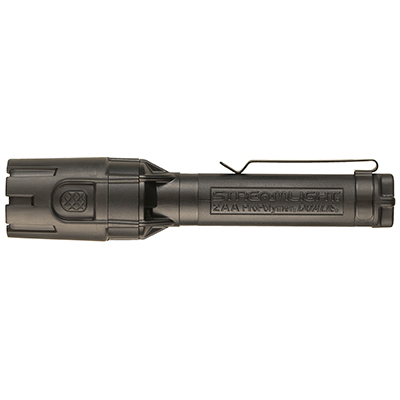 ProtoCAM functioned as McLennan’s main prototype supplier; he always appreciated their ability to adapt and innovate: “I have always found that the ProtoCAM engineers are keeping up with this rapidly changing and evolving industry and they are very open to trying out new methods,” McLennan says. This established relationship with the company also enabled him to take advantage of ProtoCAM’s PolyJet capabilities when they first became available. “I jumped on the opportunity to make prototypes of a clear flashlight lens and housing with an over-molded rubber external for my Dualie 2AA,” McLennan recalls.

Nowadays, McLennan is with Streamlight, a manufacturer of tactical, weapon mount, and safety-rated flashlights, lanterns, and headlamps for firefighters, military, and general applications, and his continued need for high-quality additive manufacturing services has had him turning to ProtoCAM once again. “My current project is an update of a product that has been very successful for Streamlight, the Polytac…in the past, the SLA materials, even the latest resins, are not tough enough to be handled roughly or dropped. I needed to build a functional show light,” McLennan says. He ultimately chose to use ProtoCAM’s new Multi Jet Fusion (MJF) 3D printer to print the body for the new design. The special jet fusion process used with MJF technology results in strong, durable parts with precise, crisp details. In the case of thePolytac revamp, the result was precisely what McLennan was looking for. “[The material] was much more like the actual nylon we use for our production lights…we will certainly be using more of this process.” 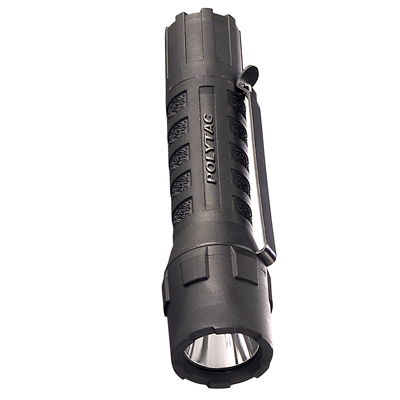 The Future of 3D Additive Manufacturing

McLennan notes that this technology is representative of the future of 3D additive manufacturing, as the field continues to innovate and specialize. “As an early adopter of rapid prototyping and tooling, I have always felt that over time we will see more and more advances and that eventually we would see low volume and custom production of many parts. The HP Multi Jet Fusion clearly is getting close. As material strength improves, and clarity of clear parts and range of materials (in particular metals and printed circuit boards) advance, I feel that the future of rapid prototyping and manufacturing is secure.”

Learn more about all of Streamlight’s tactical products at www.streamlight.com.