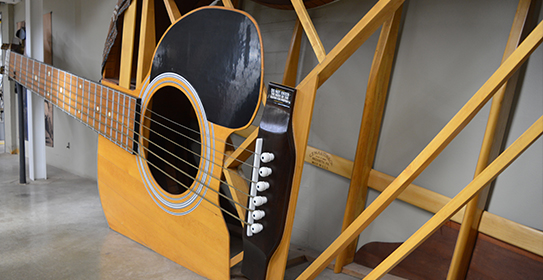 C. F. Martin & Co.’s SC-13E electric acoustic guitar is not just an innovation in guitar design; it’s a true fusion between tradition and revolutionary manufacturing techniques. The all-in-one guitar combines the traditional sound and look of an acoustic guitar with the playability and comfort of an electric model, all while featuring internal 3D-printed components. Assisting at the forefront of this unique integration were ProtoCAM’s additive manufacturing experts, as they helped the technicians at Martin realize what was possible with 3D printing and additive manufacturing technology.

A History of Tradition

“We were always a very traditional guitar maker,” says Fred Greene, Vice President of Product Management at Martin. The company was started in 1833 and has a long tradition of infusing their guitar construction process with superior craftsmanship and quality.

Just as music has evolved with time, the guitar specialists at Martin would begin innovating beyond traditional wooden guitar construction. “In this particular case, we wanted to see if we could break out of that mold,” Greene says.

Thinking Outside of the Box

The plan was to rethink how they constructed their acoustic electric models. While traditional acoustics and construction were their expertise, Martin’s technicians were looking for out-of-the-box ideas for how to produce a truly unique—and fun to play—acoustic electric guitar. “We wanted to create this futuristic-looking guitar that eliminated the heel on the instrument, and rework the traditional construction methodologies,” Greene says of the project. “But we also needed something that we could touch and feel, make changes to, put back together quickly, and get another part quickly, while we were in the middle of it all,” Greene adds.

Greene recalls the initial difficulty of trying to create a totally new guitar model in a facility with such traditional techniques and tools. “All of the parts and products we have to work with in-house are simply parts that we already know how to do… it would have taken us forever to try and go ahead and build some of these pieces or parts on our current machinery,” Greene describes.

To construct the unique parts their project required, the technicians at Martin realized they would have to seek out a different manufacturing technique. “Finding a partner who could 3D print these pieces for us was a crucial piece of being able to move quickly through the project,” Greene says. “We were able to work through the design phase of this project three times faster than if we had to do it on our own without the help [of ProtoCAM].”

Damian Walck, CAD/CAM Designer at Martin, who was integral in developing many of the parts that went inside the finished guitar, worked closely with ProtoCAM to produce the parts, and speaks of the experience with the additive manufacturer as “refreshing.” “Ed [Graham] and ProtoCAM helped a lot by simply asking the right questions and offering advice,” Damian says. “In integrating both wood and plastic in [this guitar], we didn’t exactly know what was going to happen, but working with ProtoCAM was great, and we got very quick feedback and turnaround, and concepts in general, too. There’s a real science to it,” Damian says.

“That was the fun part about it!” comments Graham, Vice President of Additive Manufacturing at ProtoCAM. “[The technicians at Martin] were reaching into new territory and were not set in the traditional ways of manufacturing…they were very open to ideas and the ability to utilize additive as an opportunity to design something that would have been very difficult or even impossible to do in the traditional ways,” say Graham. 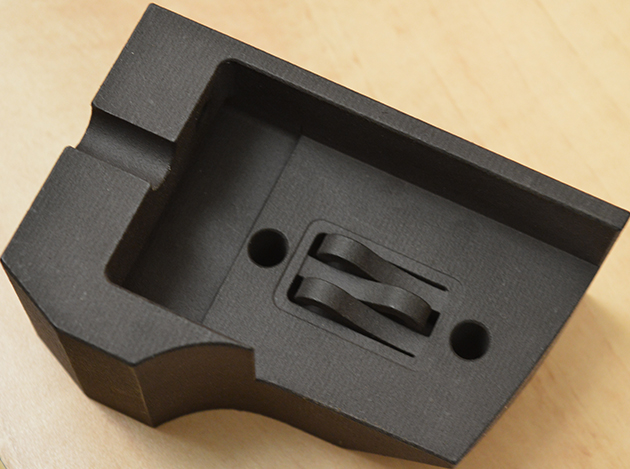 When deciding what additive manufacturing technology would work best for this project, Multi Jet Fusion turned out to be a no-brainer. “The characteristics and the aesthetic quality of the parts that come off the technology, as well as the ability of the technology to utilize Design for Additive Manufacturing (DFAM) techniques really worked well for this project,” says Graham. “Multi Jet Fusion allowed for incorporating things into the final design like the spring mechanism, which was really a key factor in this project. The spring continues to function as an end-use part beyond its use as an initial prototype. Multi Jet Fusion technology really lends itself to production and utilizes production materials, so it was a perfect fit for what Martin was trying to accomplish,” Graham says.

Tim Teel, Director of Instrument Design at Martin, describes how working with 3D-printed parts changed a lot about how the guitar functioned tonally, as well as the weight of the final piece, ultimately for the better. “Initially, we started with everything being 3D printed [as part of the prototyping phase]. As we went through the sounds testing portions of development, there was something that was just a little bit lacking tonally, and we had a suspicion that it was because it was the first time we had tried an entire front block made out of plastic,” Teel recalls. Adjustments to the balance of plastic and traditional wooden elements helped resolve this tonal issue, and actually improved the guitar’s sound over older models.

Regarding the lighter weight of the plastic parts vs traditional internal mechanisms, they found that the lighter parts would benefit the player, but also change how things operated internally. “The interesting part is even though we started with the 3D-printed technology within the prototyping phase, some of those printed elements remained in the final production piece,” Teel says. 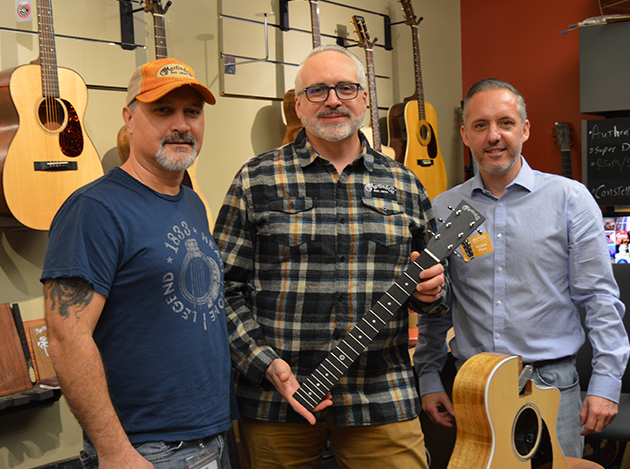 While there was some initial resistance to incorporating plastic 3D-printed parts into an otherwise traditional wooden guitar, the company found that the innovation that 3D printing allows for was unbeatable. “There was a lot of conversation, because we’re a traditional company, and because guitars in general are very traditional instruments as a whole,” Greene recalls. “We were careful to blend [the 3D-printed parts with the wooden elements]…the plastic parts are working and functioning within that neck joint, allowing us to do things we couldn’t do with wood, but we’re not advertising it on the outside; to the consumer’s eyes, it still looks like a very organic piece,” Greene says.

A Future Without Limits

As the project neared completion, the technicians at Martin realized that 3D printing had opened up a whole new world to them. “It had this particular effect of freeing our minds up…like if we can do THAT, then we can do THIS,” Greene says. “Then all of the sudden, the project took on a much bigger scope…these 3D-printed parts became solutions to problems that we didn’t even think could be solved.”

The team began considering how 3D printing might further help them create more and increasingly innovative instruments, as well as correct flaws with older traditional designs. Greene says they considered, “maybe we should be making all kinds of stuff utilizing 3D printing as a way of accelerating our design processes.” This melding of old with new is a concept that ProtoCAM is particularly familiar with, and represents just one way 3D printing can be utilized to revitalize and innovate within traditional manufacturing processes.

As he considers what Martin can produce next utilizing 3D printing technology, Greene reflects on the continued evolution of the traditional guitar structure. “I think as people become more comfortable with the materials, we’ll see more component pieces being used in the instruments…if you can simply produce parts as needed, [as with 3D printing], and you can make changes on the fly, then you don’t have as much obsolete inventory. Designs can change and you can keep up with the stylistic point of view, and you can be a lot faster for the consumer,” Greene says. Customization for individual instruments also becomes a possibility as these newer components continue to be incorporated, as well as integration of multiple components into a single 3D-printed part for more streamlined production.

The future is full of possibilities for C. F. Martin & Co., as the company looks to 3D printing to help them continue to innovate within their traditional manufacturing practices.

The Martin SC-13E Guitar was initially announced at the National Association of Music Merchants (NAMM) 2020 Show in January 2020, and ordering is now available via the C. F. Martin & Co. website. Visit https://www.martinguitar.com/ for more information.