It was game-changing pattern recognition technology designed to improve control for patients requiring prosthetic arms that motivated the launch of Coapt, LLC, and their COMPLETE CONTROL™ system. 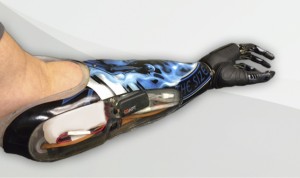 Researchers at the Rehabilitation Institute of Chicago (RIC) had developed an innovative pattern recognition technology for more intuitive control of prosthetic limbs. However, as hospitals and clinicians used the technology with patients on a test-case basis, they found themselves fielding repeated requests for take-home systems. Unfortunately, RIC was in a position to research — not produce products for the masses.

That’s when Coapt’s founders realized the decade of R&D at RIC had resulted in a viable product ready for commercialization — and that there was clearly market demand. Coapt licensed the technology and designed their COMPLETE CONTROL™ system to enhance the control of upper-extremity prostheses by employing a proprietary, clinically practical version of the pattern recognition technology in a small electronic circuitboard to non-invasively acquire and translate information from muscle signals.

While the product is unquestionably revolutionary, it needed an attractive and durable casing for its electronic components. Acquiring these small cases, though, proved problematic.

While the market was more than ready — already demanding the Coapt product, in fact — it is a very small market, indeed. There are around 2 million amputees in the U.S., and only a portion of them have lost an arm, specifically.

“We want to capture market share, but the market is of finite size.,” said Frank D. Cummins, Coapt’s product R&D engineer. “This meant we were going to be dealing with a fairly low production volume and a budget that couldn’t support a lot of mark-up.” 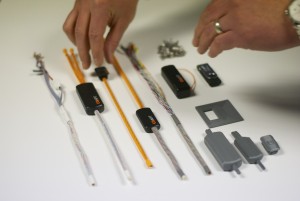 rd tooling for injection molding of the small “case” for the Coapt technology was a long and arduous process, and prohibitively expensive — especially in up-front costs. In addition, finding a manufacturer that could provide the level of precision and detail Coapt required was challenging.

Perhaps best of all, ProtoCAM was able to provide Coapt with significantly faster turnaround times and more attractive pricing models than would have been possible with injection molding. In addition, ProtoCAM’s “engineer-to-engineer” communication expertise significantly improved project timing and overall results.

“Our production process was iterative and highly responsive, at least initially, and ProtoCAM was always quick to meet our needs,” Cummins said. “As quickly as we tuned a feature in design, they’d send us a quote and we could have something in hand within a few days.”

Although the quoting process was initially longer – a couple hours rather than minutes – the time-to-delivery ProtoCAM managed to deliver was superior.

“We had used a different manufacturer early on that had an online quoting system, but a faster quote wasn’t really faster when it came to getting it right,” Cummins said. “Working through a question with a ProtoCAM engineer – that human element – made a huge difference in the quality and accuracy of the end product.”

With the ProtoCAM-produced casing housing its powerful microcontroller, the COMPLETE CONTROL™ system has moved into full production. ProtoCAM’s PolyJet 3D printing solution has proved more than viable, producing hundreds of pieces at relatively low cost. In the market, COMPLETE CONTROL™ is already improving the lives of numerous amputees, and has made headlines on media outlets like CNBC, CBC News, and NBC, Fox and CBS affiliates.

It is incredibly difficult to deal with losing a limb and many amputees used to hide their prostheses – they needed to be flesh colored and blend in. Today, they’re looking to customize and Coapt is following their lead.

“It’s great to see people taking pride in actually showing off our technology. They want it front and center,” Cummins said. “The clean, precise and quality nature of the enclosures ProtoCAM produces for us helps set Coapt apart and helps us deliver an exceptional product to these extraordinary people. We’re already working with ProtoCAM on the next project.”